The President of Alpha Ministries and Chief Executive Pastor of Alpha Bible Churches in Asia, Brother Bennie has dedicated his life’s work to God, empowering Christian believers who are persecuted for their faith in Africa and in Asian countries over the last few decades.

But over the years, he’s seen a dangerous and deadly cancer metastasize in the Western Church.

“Satan is singing a lullaby to American churches,” Bennie told The Christian Post. “The majority of churches in America are so busy making themselves big. They are inwardly focused on themselves and their members. The Church has lost its focus of reaching the lost and those outside of the church. We have kept sinners out of church and have no desire to reach those on the highways and byways. We don't carry out our God-given mission mandate. As a result, the Church has lost its influence. We are on the decline and drifting away from God into our own selfish desires.”

“The Church must be a place where people can come and get discipled and sent out,” he stressed. “We think if we just send money to missions, we are doing God's work. But Jesus’ command is to go to Jerusalem, Judea, Samaria and to the ends of the world. That means reaching people locally and globally. That means, we must get active in reaching the lost, both locally and globally, even if it means risking our own comfort.”

The firstborn son of Pastor Mathews and Grace Cherian, two pioneers of the faith in North India, Brother Bennie — understands firsthand what it means to give up comfort for the sake of the Gospel.

“My parents lived a humble life and they invested in those people who lived around them who did not know Jesus. They were the salt and light in their community and shared the Gospel and cared for the suffering and homeless,” he recalled. “They would give soup and soap to the poor and share with them the message of salvation.”

Every day for nearly two decades, Pastor Cherian Mathews traveled from town to town on a bicycle that doubled as his family’s only method of transportation. When he would reach a new town, he would hand out Gospel tracts and serve new believers.

The Mathews’ faith came at a cost. Some of Bennie’s earliest memories involve watching his parents suffer for their evangelistic efforts.

“I was six years old, and I remember watching a religious fanatic beat my father because of his work,” he said. “My mother stood nearby, holding her newborn daughter in her arms, tears streaming down her face. I watched as my father took the blows, not retaliating, but trusting God with his life. I saw God remain faithful despite physical persecution, starvation, and other trials.”

With few funds or resources, Pastor Mathews Cherian started a church — Alpha Bible Church — and eventually, a Bible institute, and IMPACT leadership training was born. The results of that training by 2013 would include 27,000 trained and equipped frontline messengers, 16,000 church-planting stations, over 700 orphaned and impoverished children housed and fed in children’s homes, and thousands attending children’s Bible classes or clubs each week across Asia and Africa.

Before his death in 2019, Pastor Mathews Cherian saw his work overflow beyond the borders of India and into Bangladesh, Nepal, Burma, and Africa.

“God took two humble followers of Jesus Christ and used their obedience to create a worldwide ministry that has blessed untold numbers of people and is still going strong,” Bennie said.

Bennie shares his earthly father's journey of faithfulness in his new book, My Father's Business: Making the Most of His "Must". In the book, Bennie shares the personal tests, tragedies, and triumphs his father, with the support of his mother, endured as a missionary in a field where less than one percent are Christian and persecution from religious extremists is rife.

“My parents ‘had nothing and yet possessed everything’ because their joy was always in sharing the Gospel and serving, the people,” Bennie writes.

Today, Bennie serves as President of the ministry his father started — but he’s the first to admit he resisted God’s calling on his life for years.

“I was attracted to a life of comfort and luxury,” he admitted.

Bennie immigrated to America, where he sought to “become rich and make money and be a part of the American dream.”

After accepting a lucrative position at a hospital in New York City, Bennie was on his way to achieving the American Dream. However, he and his wife soon found themselves struggling with infertility, and Bennie felt God nudging him into the ministry.

“One day, I said to my wife, ‘What if God gives us a baby — would you be willing to leave all this behind and serve God?” he shared.

She answered, “If God gives me one child I will leave everything and follow Christ.”

Shortly thereafter, the couple became pregnant with their first daughter, who they named “Faith-Hannah.”

“It was a miracle,” Bennie said.

In My Father’s Business, Bennie recounts how God transformed his “resentful and bitter heart” to be able to hear and obey the calling to serve the unreached and unengaged to the uttermost parts of the world. He resigned from his healthcare job in the early ’90s to become involved in the work of Alpha Ministries, where he still serves today. God blessed them with two more children Ben-Israel & Joy-Ruth.

God’s faithfulness is woven throughout My Father’s Business. Bennie recounts how, on numerous occasions, God provided food and shelter when his family was in desperate need; protection from physical harm, and the resources to launch a ministry. An “application points” section is included at the end of every chapter, encouraging readers to consider God’s calling on their own lives.

“I want readers to understand that God is not dismayed by our problems or challenges,” he said. “God is working all things together for His perfect plan.”

Still, Bennie stressed that the Christian life “is not an easy one” — and there will be “challenges whenever we are following God’s calling.”

“But the challenge in our way is also in God’s way when we are following His direction. These challenges are an opportunity to witness the miracle of God in our lives and to see His name being glorified in it,” he stressed.

Discouraged by the division and tribalism prevalent in many Western churches today, Bennie said part of his mission is helping Christians remove their “blinders” and focus on making Christ known across the world.

“The fear of God is lost in many Western churches,” he said. “We should have a real connection with the Creator God and have our ears closed to the heart of God. We need to listen to His voice, We must do as the Holy Spirit instructs us and allow God to guide and directs us. That means every day we have to do something that will outlive us for eternity."

“The more we read the Scriptures, the more we understand and focus on the Word of God, it will ignite a fire and passion in us to go and share His love with others. That is what we must return to.” 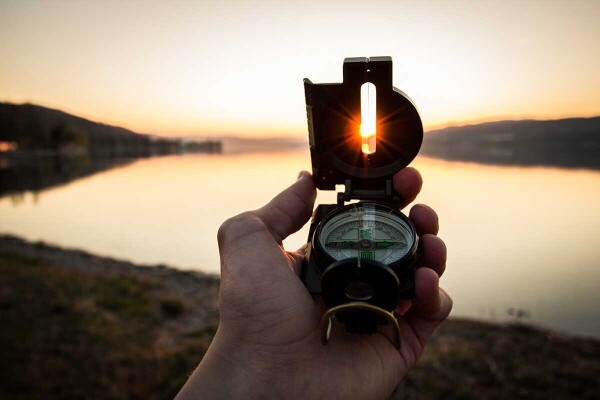 Discovering What Is True

Everyone has a certain perspective on how life works. It is the lens through which we see life. It is what most people ...